Marid is an integration server developed by Opsgenie, designed to resolve challenges faced in the integration of internal and external systems.

Using OpsGenie Marid integration, you can manage a two-way bridge between your system and OpsGenie; forwarding OpsGenie alert activity to your system, and updating the alerts on events from your system.

This document explains how to install and use an OpsGenie Marid Integration. 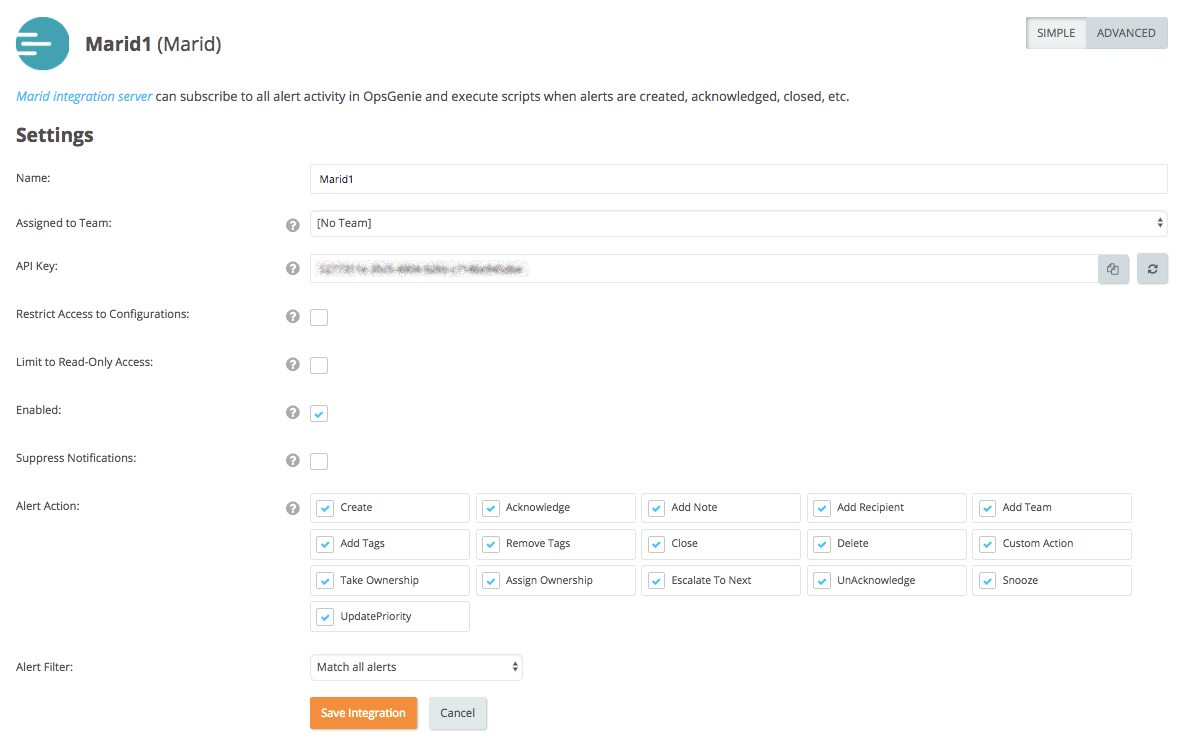 In order to use Marid integration, you need to set Marid's apiKey configuration:

Proxy Configuration for Marid Setups Behind a Proxy Server

Direct access to Internet from internal servers is not allowed for most of the enterprise environments. Instead, they set up some proxy servers and all applications are configured to connect Internet through these proxy servers. In order to use Marid on this kind of systems, you need to configure following Marid external proxy settings to interact with Opsgenie or connect Internet from your scripts:

If your system has firewall, some addresses that are used by Marid, need to be "whitelisted" to outbound rules. There is no need to change your inbound rules. So you should add Opsgenie subdomains dependencies to outbound rules by adding the following as pass-throughs to your firewall:

Marid can subscribe to Opsgenie user actions, and execute a script for each user action. The connection to Opsgenie is initiated by Marid; therefore Marid server does not have to be accessible from the web. This method does not require any firewall changes, opening ports, etc. since Marid communicates with Opsgenie via HTTPS and initiates the connection from inside out.

Updated about 3 years ago